听力原文："Family" is of course an elastic word. But when British people say that their soc

听力原文： "Family" is of course an elastic word. But when British people say that their society is based on family life, they are thinking of "family" in its narrow, peculiarly European sense of mother, father and children living together alone in their own house as an economic and social unit. Thus, every British marriage indicates the beginning of a new and independent family — hence the great importance of marriage in British life. For both the man and the woman, marriage means leaving one's parents and starting one's own life. The man's first duty will then be to his wife, and the wife's to her husband. He will be entirely responsible for her financial support, and she for the running of the new home. Their children will be their common responsibility and theirs alone. Neither the wife's parents nor the husband's, nor their brothers or sisters, aunts or uncles, have any right to interfere with them—they are their own masters.

Readers of novels like Jane Austen's Pride and Prejudice will know that in former times marriage among wealthy families was arranged by the girl's parents, that is, it was the parents duty to find a suitable husband for their daughter, preferably a rich one, and by skillful encouragement to lead him eventually to ask their permission to marry her. Until that time, the girl was protected and maintained in the parents' home, and the financial relief of getting rid of her could be seen in their giving the newly married pair a sum of money called a dowry. It is very different today. Most girls of today get a job when they leave school and become financially independent before their marriage. This has had two results. A girl chooses her own husband, and she gets no dowry.

A．It indicates sufferings in their life.

D．It indicates the beginning of a new and independent family. 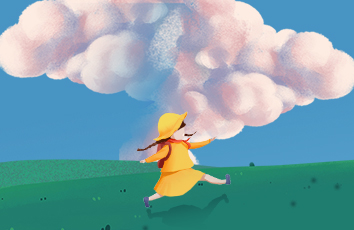 更多“听力原文："Family" is of course an elastic word. But when British people say that their soc”相关的问题

听力原文：M: Why don't you immigrate to Canada instead of coming here on short visits？W: I

听力原文：M: Why don't you immigrate to Canada instead of coming here on short visits？

W: I would like to but I couldn't live if I were cut off from my family and friends.

Q: Where are the woman's family and friends？

听力原文：M: Where did you get that rare book？ I haven’t seen you read it before.W: It was

听力原文：M: Where did you get that rare book？ I haven’t seen you read it before.

W: It was packed away until last week. It’s a family heirloom.

Q: What do we learn about the rare book？

A．It has been in her family a long time.

B．Her boyfriend gave it to her.

D．It is a family disgrace.

Q：How do the the Taylors feel about children？

A．They don't want children for the time being.

C．Mrs. Taylor wishes to have children, but her husband doesn't.

D．They will start a family as soon as they get married.

听力原文：M: Alice, I'm thinking of wearing a new suit so that I can leave a good impressio
n with your family.

W: It's only a family reunion, so jeans and T-shirt are just OK.

Q: What is true according to the conversation？

A．The man will buy a new suit for the family reunion.

B．The man wants to leave, a good impression with the woman.

C．Casual clothes are enough for a family reunion.

D．Both suit and T-shirt are necessary for the family reunion.

A．Because it is higher than the income of the average American family.

C．Because the situation in small farms and large farms is quite different.

D．Because 2004 is the best year for farm families.

听力原文：W:Haven't Young and Silvia started a family yet？ They've been married for more th

听力原文：W: Haven't Young and Silvia started a family yet？ They've been married for more than four years.

M: Young once indicated to me that they had to postpone the plan of having children until both of them would have got M.A. degrees together next year.

Q: What can we infer from the conversation？

A．Neither Young nor Silvia has got an M.A. degree till now.

B．After four years' study, both Young and Silvia have got M.A. degrees.

C．Young and Silvia have a child in the fourth year of their marriage.

D．After four years' marriage, Young and Silvia decided to start the family with a child.

听力原文：W: what does your work mean to you？M: I regard my work as a means to an end. Basi

听力原文：W: what does your work mean to you？

M: I regard my work as a means to an end. Basically I'm a family man, and as long as I have a job, which enables me to earn enough money, I'm happy.

Q: What does the man think of his work？

A．He doesn't care what he does for a living.

B．He does like what he does for a living.

C．He has a routine life.

D．He has a fabulous life.

听力原文：M: My family and I will be leaving on January 5. Is there anything we need to do
to the apartment before we leave？

W: If you want your fifty-dollar deposit back, you'll have to clean the stove and the refrigerator. Also, we ask that you vacuum carefully before leaving.

Q: What does the woman do for a living？

听力原文：M: What's your family like, Susan？W: Well, my parents are separated, but my fathe

W: Well, my parents are separated, but my father lives near us. Mom is middle aged and pretty. She's tall with blonde hair. She works as a chemical engineer for a drug company.

Q: How do Susan's parents get along？

D．They love each other dearly.

听力原文： A "typical" British family used to consist of mother, father and two children, but in recent years there have been many changes in family life. Some of these have been caused by new laws and others are the result of changes in society. For example, since the law made it easier to get a divorce, the number of divorces has increased. In fact one marriage in every three now ends in divorce. This means that there are a lot of one-parent families. Society is now more tolerant than it used to be of unmarried people, un married couples and single parents.

Another change has been caused by the fact that people arc living longer nowadays, and many old people live alone following the death of their partners. As a result of these changes in the pattern of people's lives, there are many families that consist of only one person or one person and children. You might think that marriage and the families are not so popular as they once were. However, the majority of divorced people marry again, and they sometimes take responsibility for a second family.

A．High rate of divorce in Britain.

C．Changes in family life in Britain.