Last year, the crime rate in Chicago has sharply ________.A．declinedB．lessenedC．descendedD 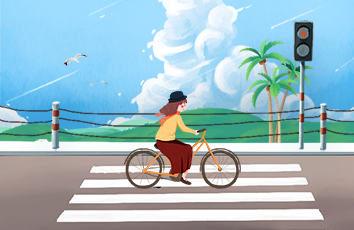 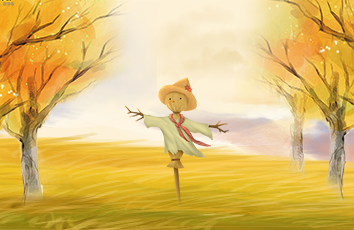 更多“Last year, the crime rate in Chicago has sharply ________.A．declinedB．lessenedC．descendedD”相关的问题

Last year, the crime rate in Chicago has sharply ________.A) declinedB) lessenedC)

Crime has its own cycles, a magazine reported some years ago.Police records that were
studied for five years from over 2400 cities and towns show a surprising link between changes in the season and crime patterns.

The pattern of crime has varied very little over a long period of years.Murder reaches its high during July and August, as do rape and other violent attacks.Murder, moreover, is more than seasonal: it is a weekend crime.It is also a nighttime crime: 62 percent of murders are committed between 6 p.m.and 6 a.m.

Unlike the summer high in crimes of bodily harm, burglary(夜盗) has a different cycle.You are most likely to be robbed between 6 p.m.and 2 a.m.on a Saturday night in December, January, or February.The most uncriminal month of all？ May —except for one strange statistic.More dog bites are reported in this month than in any other month of the year.

Apparently our intellectual seasonal cycles are completely different from our criminal tendencies.Professor Huntington, of the Foundation for the Study of Cycles, made extensive studies to discover the seasons when people read serious book, attend scientific meetings, make the highest scores on examinations, and propose the most changes to patents (专利).In all instances, he found a spring peak and an autumn peak separated by a summer low.On the other hand, Professor Huntington’s studies indicated that June is the peak month for suicides and admissions to mental hospitals.June is also a peak month for marriages!

6.Which of the following is the best title for this article？()

C.Crime Cycles Throughout the Year

7.According to Paragraph 2, a murder would most likely occur ____.

A.on a weekend night in winter

B.on a weekday afternoon in summer

C.on a weekend morning in winter

D.on a weekday night in summer

8.In which of the following months are crimes least seen？()

A.Because the author is surprised that so many people marry in June.

B.Because the author is surprised that the marriage peak occurs in the same month as the peak for suicides and admissions to mental hospitals.

C.Because the author doesn’t understand why the peaks for suicides and marriage are in the same month.

D.Because the author lays emphasis on this sentence.

10.What does the last paragraph mainly tell us？()

B.Spring and autumn are intellectual seasons when people work efficiently.

C.June is the peak month for suicides.

D.Spring and autumn are crime peaks.

The Internet has become a commonplace for us. While【C1】______the Internet, we should not【C
2】______the alarm bells sounding in our ears, reminding us of keeping【C3】______for on-line crimes. Last year, the Melissa and Explore Zip virus caused chaos【C4】______the Internet. Last week the "I love you" bug played havoc【C5】______the world. What will be the next？ No one knows.

Many on-line crimes are not so different to【C6】______seen in real world, the spreading of fake data, cheating and blackmail,【C7】______property rights infringements and privacy violations. But computer hackers also create new forms of crime【C8】______the Internet changes the world into a "global village".

In China,【C16】______there are millions of Internet surfers, it is more important to formulate new laws and rules on network security than to【C17】______the existing ones. When drafting and【C18】______new laws, China should also【C19】______the relations between protecting network security【C20】______the sound development of Internet.

This year, the number of accidents has _________ that of last year.A．overtakenB．overweighe

Q：What is the man concerned about？

A．The department the woman will work for is not very good.

B．The woman will have to patrol on the streets over a year.

C．Something bad happen to the woman.

D．The woman will have to fight against the criminals.

Last year Jack was awarded a prize for good ____.