Last year's robot race in Nevada was a great success.A．YB．NC．NG

Last year's robot race in Nevada was a great success. 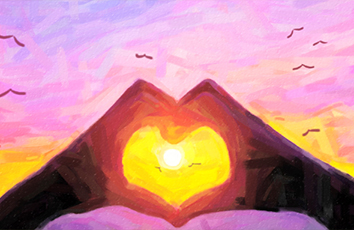 更多“Last year's robot race in Nevada was a great success.A．YB．NC．NG”相关的问题

Trust Me, I Am a RobotRobot safety: as robots move into homes and offices, ensuring that t

Trust Me, I Am a Robot

Robot safety: as robots move into homes and offices, ensuring that they do not injure people will be vital. But how？

In 1981 Kenji Urada, a 37-year-old Japanese factory worker, climbed over a safety fence at a Kawasaki plant to carry out some maintenance work on a robot. In his haste, he failed to switch the robot off properly. Unable to sense him, the robot's powerful hydraulic arm kept on working and accidentally pushed the engineer into a grinding machine. His death made Urada the first recorded victim to die at the hands of a robot.

This gruesome industrial accident would not have happened in a world in which robot behaviour was governed by the Three Laws of Robotics drawn up by Isaac Asimov, a science-fiction writer. The laws appeared in I, Robot, a book of short stories published in 1950 that inspired a recent Hollywood film. But decades later the laws, designed to prevent robots from harming people either through action or inaction, remain in the realm of fiction.

Indeed, despite the introduction of improved safety mechanisms, robots have claimed many more victims since 198 I. Over the years people have been crushed, hit on the head, welded and even had molten aluminium poured over them by robots. Last year there were 77 robot-related accidents in Britain alone, according to the Health and Safety Executive.

With robots now poised to emerge from their industrial cages and to move into homes and workplaces, roboticists are concerned about the safety implications beyond the factory floor. To address these concerns, leading robot experts have come together to try to find ways to prevent robots from harming people. Inspired by the Pugwash Conferences--an international group of scientists, academics and activists founded in 1957 to campaign for the non-proliferation of nuclear weapons—the new group of robo-ethicists met earlier this year in Genoa, Italy, and announced their initial findings in March at the European Robotics Symposium in Palermo, Sicily.

"Security, safety and sex are the big concerns," says Henrik Christensen, chairman of the European Robotics Network at the Swedish Royal Institute of Technology in Stockholm, and one of the organisers of the new robo-ethics group. Should robots that are strong enough or heavy enough to crush people be allowed into homes？ Is "system malfunction" a justifiable defence for a robotic fighter plane that contravenes the Geneva Convention and mistakenly fires on innocent civilians？ And should robotic sex dolls resembling children be legally allowed？

These questions may seem esoteric but in the next few years they will become increasingly relevant, says Dr. Christensen. According to the United Nations Economic Commission for Europe's World Robotics Survey, in 2002 the number of domestic and service robots more than tripled, nearly surpassing their industrial counterparts. By the end of 2003 there were more than 600,000 robot vacuum cleaners and lawn mowers — a figure predicted to rise to more than 4m by the end of next year. Japanese industrial firms are racing to build humanoid robots to act as domestic helpers for the elderly, and South Korea has set a goal that 100% of households should have domestic robots by 2020. In light of all this, it is crucial that we start to think about safety and ethical guidelines now, says Dr. Christensen.

So what exactly is being done to protect us from these mechanical menaces？ "Not enough," says Blay Whitby, an artificial-intelligence expert at the University of Sussex in England. This is hardly surprising given that the field of "safety-critical computing" is barely a decade old, he says. But things are changing, and researchers are increasingly taking an interest in trying to make robots safer.

Regulating the behaviour of robots is going

What do we learn about last year's Miss Indonesia？A．She was criticized in the media.B．She

What do we learn about last year's Miss Indonesia？

A．She was criticized in the media.

B．She was brought up in America.

C．She had difficulty with Indonesian.

D．She came from a poor family.

He had a little_____with math last year, but it’s a lot easier for him now.

A. Last year's tour winner. B. A cyclist being interviewed.

B. A cyclist being interviewed.

D. A sports reporter for a local news show.

In the control process, to what factor is actual performance compared in order to pro

According to NHTSA, last year on the highways______.A．approximately two thirds of drivers

According to NHTSA, last year on the highways______.

A．approximately two thirds of drivers were killed by road rage

D．drunk driving was a problem more serious than aggressive driving

The manager promised in his address to the working staff to ___________ the success of las
t year's profits.

What does the author want to tell in the last paragraph？

A．The working experience from New Zealand to Switzerland is different from that in Canada.

C．The high cost for a gap year is worthwhile.

D．It is a positive way to have a gap year Before applying for a university.

C．To provide each Iraqi family with $26 a month.